Kmr Livestock imported full pedigreed Limousin open and pregnant heifers from France at April 2013 .In our herd we have more than 100 suckler cows and their generations .
We are offering high genetic pedigreed Limousin heifers and bulls as French origine from our own herd to local market and other countries too .
We´d be pleased to supply your limousin herd needs .

Limousin cattle are a breed of highly muscled beef cattle originating from the Limousin and Marche regions of France. The breed is known asLimousine in France. Limousins were first exported from France in significant numbers in the 1960s and are now present in about 70 countries. They are naturally horned and have a distinctive lighter wheat to darker golden-red colouring, although international breeders have now bred polled (do not have horns) and black Limousins.
DNA analysis indicates that Limousins probably evolved from an introduced subspecies of aurochs domesticated in the Near East. Following a period of mediocrity, when they were used mainly as draft animals, interest in Limousins as a source of high quality meat grew about 200 years ago. The first Limousin herd book was then established in France in 1886 to ensure the breed’s purity and improvement by only recording and breeding animals that satisfied a strictly enforced breed standard.
Limousins have become popular because of their low birth weights (ease of calving), higher than average dressing percentage (ratio of carcase to live weight) and yield (ratio of meat to carcase), high feed conversion efficiency, and their ability to produce lean, tender meat. A major multi-breed study reported that Limousins converted feed into saleable meat more efficiently and significantly faster than popular British breeds, and marginally faster than other popular continental European cattle breeds. Conversely, the other cattle breeds produced proportionally more low-cost by-product and waste, which resulted in their live weight growth being faster than Limousins. Limousins are especially favoured for crossbreeding with cattle such as Angus, Hereford and Shorthorn because of their ability to contribute hybrid vigour, and improve the yield and feed conversion efficiency of these British breeds, which produce higher levels of fat and marbled meat . 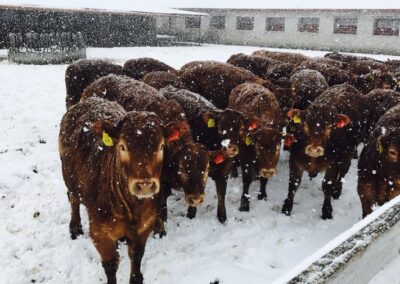 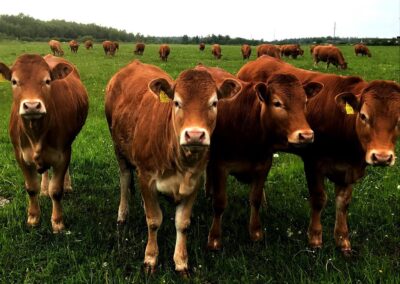 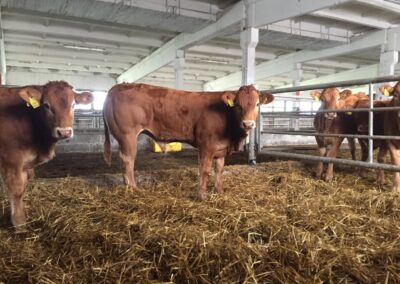 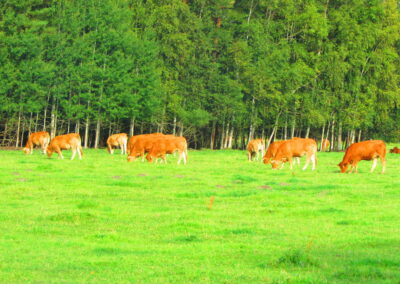 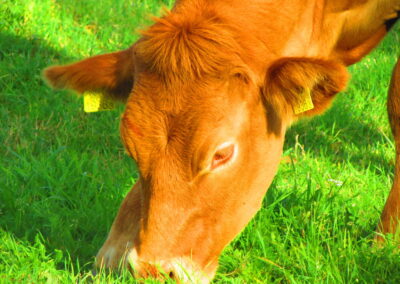 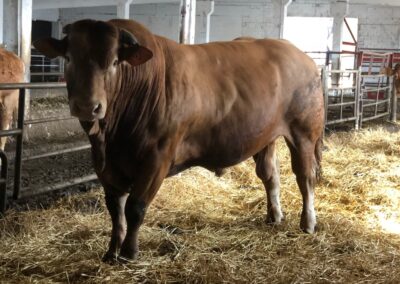 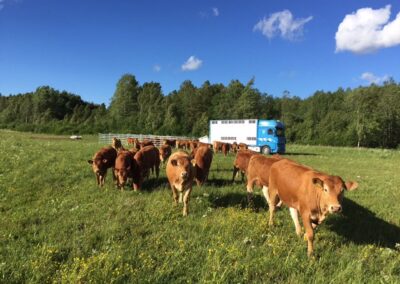 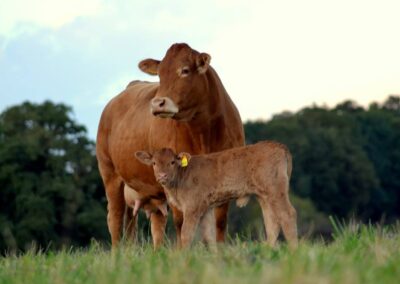