The first ancestors of the Friesian or ‘Holstein-Friesian’ breed appeared over 2,000 years ago. Showing excellent dairying quality even back then, the breed has now been tailored and bred for optimum milk production.

Holstein cows come from a region in northern Germany, while Friesians originally came from the Netherlands. The two breeds have been so commonly crossbred that the majority of Friesians today are between ¼ to ¾ Holstein, hence the regularly hyphenated name.

Friesian cattle are horned and originally came in black-and-white or red-and-white, but nowadays the red variety is only seen in small numbers in the Netherlands. Modern Friesians have a white coat with distinctive, sharply-defined black patches.

The average weight of a Friesian cow is around 580kg at full maturity, reaching the same frame-size and weight as pure Holsteins. Historical records show that some Friesian beef cattle actually reached over 1.3 tonne in finishing weight!

Friesians are suited to the variable Irish climate, with the ability to adapt to continental seasonal changes as well as thrive in hotter North American regions. Chilly Irish winters and the odd heatwave in summer are not known to be problematic for these cattle.

The cattle have great longevity, making them good for farmers who worry about the cost of herd replacements.

They have excellent conception rates, with a higher number of calves per lifetime born to Friesians than other cattle of their kind. Heifers should be only impregnated after they have reached 13 months of age, however. Calves are born at a weight of about 45kg on average.

Male calves from Friesians are considered very valuable, as at full maturity they produce excellent beef yields despite the breed’s primarily dairy background. They thrive in quick, intense beef production processes, making them ideal for farmers aiming for a short finishing period. However, if farmers are dealing with bulls of any breed it is important to take caution! Have a look at our article on Bull Safety for a reminder of the necessary precautions in dealing with these tricky animals.

These cows are often praised for their frequent lactations! Average Friesian cows have around 3.2 lactations in their lifetime, but some are claimed to have had a staggering 12 to 15 lactations from grazing on both upland and lowland pastures. Throughout the average Friesian cow’s lifetime, she will produce about 26,000 litres of milk; however, it may be worth noting that the butterfat content of this milk is usually quite low.

Herd proteins levels of around 3.4% are often reported, making them an attractive breed for many dairy farmers . 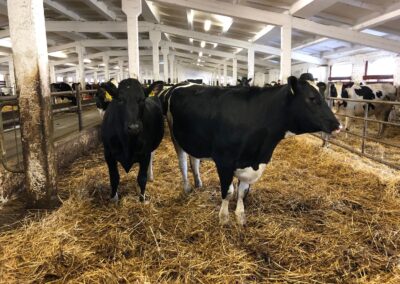 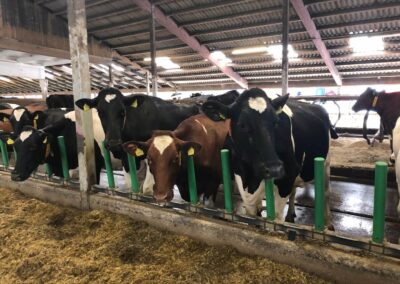 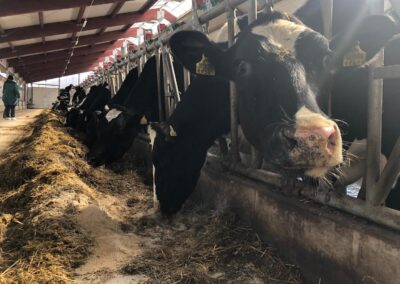 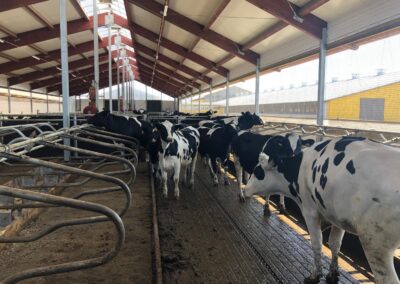 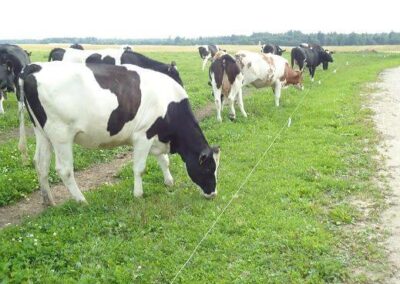 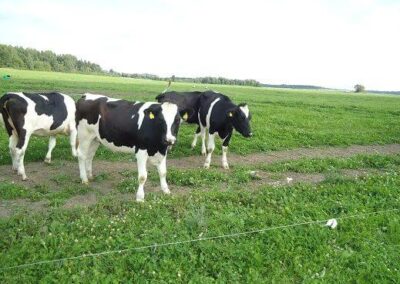 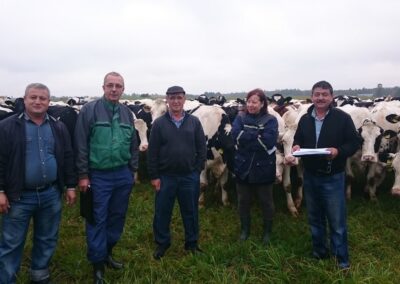 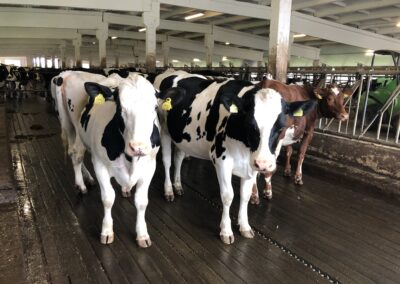