The Simmental breed comes from Switzerland, and is considered to be one of the oldest cattle types in the world! There are 41 million of these animals around the world, and they’re popular for their excellent reputation in both milk and beef production.

Their coats come in a variety of shades, but are usually red-and-white, or gold-and-white. The face of this breed is almost always white, even in calves that are only partially-Simmental.

Average weight of matured cattle is about 900kg for cows and up to 1,300kg for bulls, making them quite a large-framed, muscled animal.

Simmental cattle might be horned or polled, depending on the genetic breeding history. This is an important thing to decide on, especially as some farmers may not wish to go through the distressing process of dehorning their herd.

They are suited to the Irish weather, considering they survive well in Alpine conditions where winters can be tough. The temperate oceanic climate of Ireland, where no extreme temperature changes are experienced, should prove to be no problem for this breed.

Physical characteristics are generally praised. They usually have pigment around the eye area, which is good for preventing problems in heavily sunny regions. Their udders also remain in good health, with few problems.

Many farmers claim that the breed is docile and easy to handle, but can be aggressive when protecting calves. However, this is considered quite a positive trait! A dam that will go out of her way to guard her own calves, as well as offspring belonging to the rest of the herd, is an advantage in areas where farmers worry about the safety of their young cattle. Bulls can be aggressive in any breed, however. If farmers are dealing with them, it’s important to take caution! Have a look at our article on Bull Safety for a reminder of the necessary precautions in dealing with these tricky animals.

Simmental cattle live for a long time compared to some other continental breeds, which reduces herd replacement costs. They’re also fertile for a large part of this long lifetime and don’t need lengthy intervals between calving.

Speaking of calving, the birthing process for Simmental cows is generally considered easy and without too many complications. This is ideal for one-person farms where the pressure is all on one farmer!

These cattle mature early, and convert food to weight in a very efficient manner regardless of the kind of pasture they are in, according to most owners. Reports say that Simmental cattle are actually the number one breed in the world when it comes to milk yield and combined weaning gain!

Carcass weight is about 57.2%, according to European research, and the daily gain for the average Simmental is 1.44kg.

The beef yield from this breed is high, with a good ratio between meat and waste products such as fat and bone. The beef is also well-marbled, giving it good tenderness and adding to its marketability. Cattle that are only half-Simmental still inherit the genes that make their finished carcasses an excellent source of high-quality beef.

The cows’ dairying qualities are held in very high esteem. They are easy and quick to milk, according to many farmers. Since their milk yield is also high, it improves the condition of calves in suckler herds! 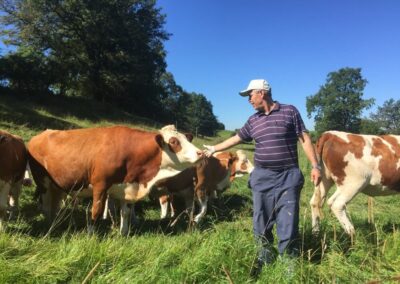 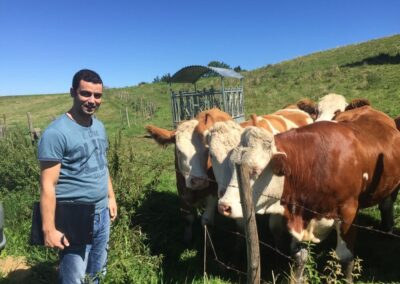 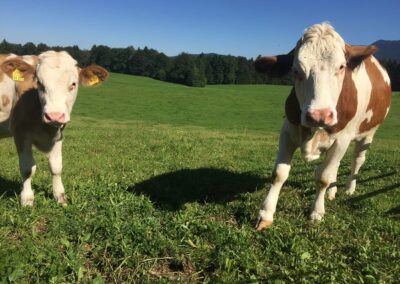 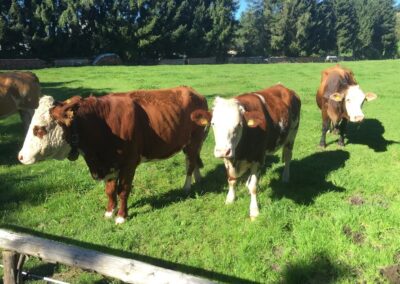 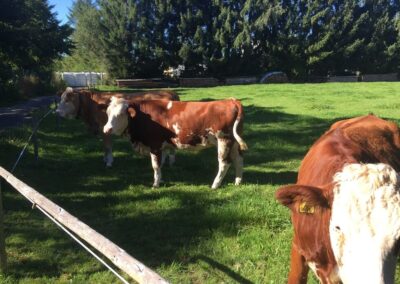 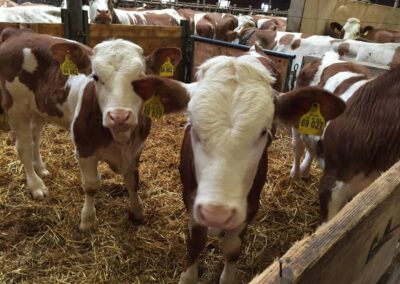 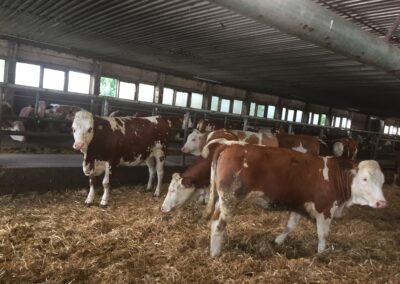 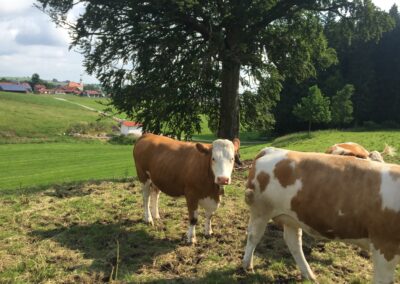